Bertrand Russel Fritsch, AKA Houdini or Out-Witted by a Jack Russel Terrier Don't be fooled by that innocent look. If you are a regular reader of this blog, you know that Bert, in his dotage, has caused us plenty of angst. He has some health issues; some of his medication gives him a powerful thirst and some of his medication gives him the need to pee at inappropriate times and in inappropriate places. (Remember the Christmas tree skirt story?) We thought we had the problem solved. We went to Pet Expo and bought a portable pet fence that is three feet high and can be stretched to about ten feet long. When we leave the house, we run it between the living room and kitchen and we shut the other doors so he's contained. We bought puppy training pads and he learned to pee on those. On our way back from Mankato today we were saying how nice it is to have found a solution to this problem and it's so good to not be mad at Bert all the time for peeing and how the dogs seem to have adjusted just fine. We pull in the drive-way and.....STOP....there he is looking out the living room window at us. I swear he had a smirk on his face. We are astounded. What in the hell happened? The gate is still in place. We didn't leave anything in the way that he could jump on. The only possiblity is that Bert, in his decrepitude, completed a three-foot vertical leap from the slippery kitchen linoleum, levitated forward, and landed on the living room carpet. He's not likely to make this leap back into the kitchen when he feels the need to pee so that means we're back to square one. Regis is going to put a row of razor wire like they have at prisons on the top of the pet fence because I know, if we went back and bought the four-foot fence (another hundred dollars) Bert would have a heart attack and die, leaving us with 150 dollars worth of worthless pet fence. Damn that dog.

Popular posts from this blog 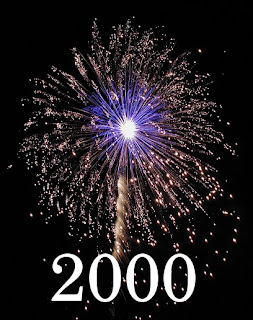 I started this blog in 1990 and called it Buns of Stone because Regis and I were going to walk 500 miles in a year. Yeah, well...that never happened. We were going to write together and that didn't happen often either. He fell by the wayside and I continued my ranting, hand-wringing, story telling, and celebrating for 13 more years. This is my 2000th post. ESFP - The Performers I put my blog address in typealyzer [ http://www.typealyzer.com/ ] and here is what it said. The author of http://www.teresasaum.com  is of the type ESFP. (Notice the absence of the T which means I have no affinity for math and logic. What a surprise.) The entertaining and friendly type. They are especially attuned to pleasure and beauty and like to fill their surroundings with soft beautiful textiles, bright colors and sweet smells. They live in the present moment and don´t like to plan ahead - they are always in risk of exhausting themselves. ESFPs love being around people and having new experi
Read more